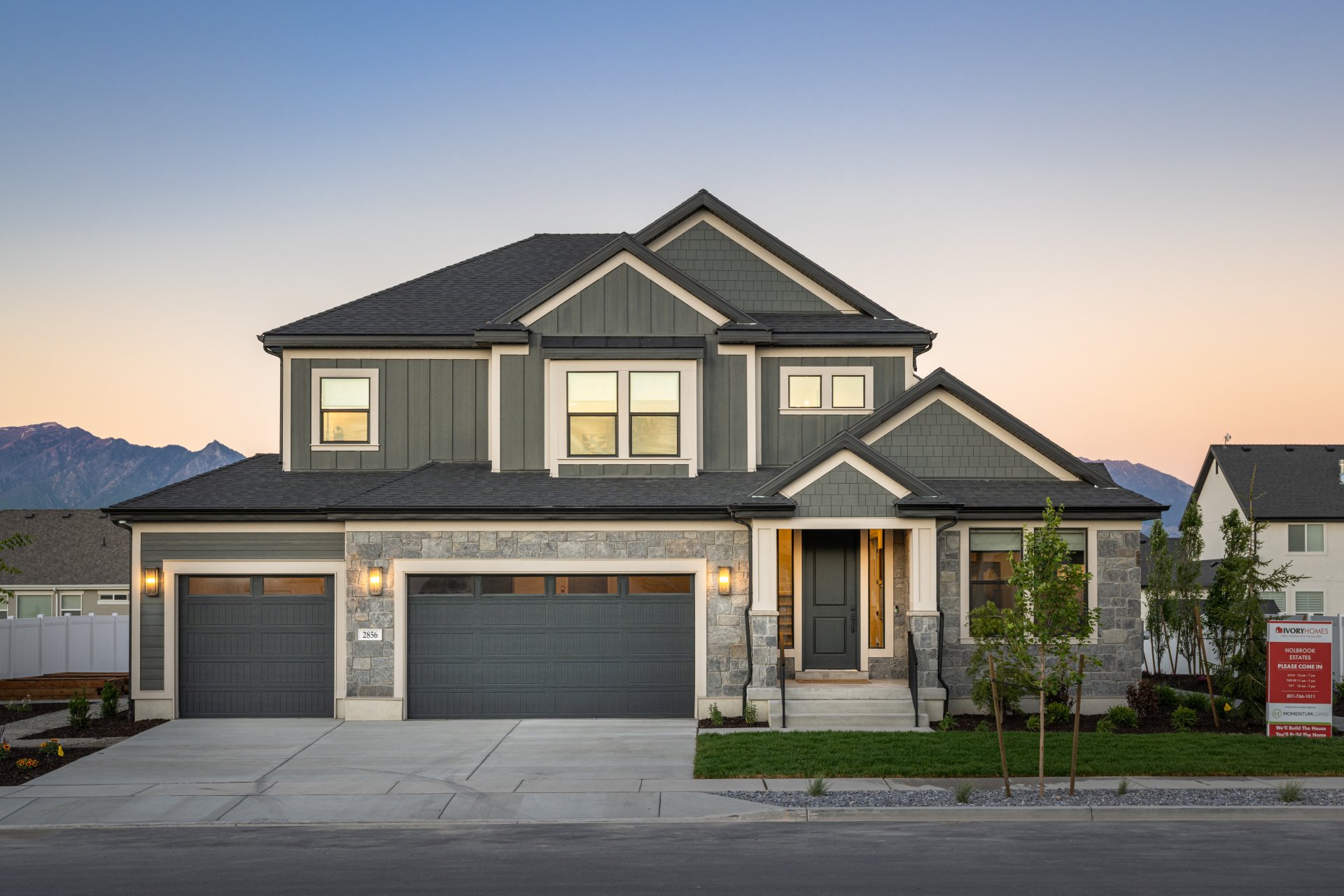 Along with many, Ivory Homes is grateful to call Utah home. Thankful for the beauty and abundance that this state offers us, Ivory Homes feels they have a responsibility to do all they can to preserve Utah’s rich resources and history while at the same time finding innovative ways of offering people opportunities to live here. This is why every community Ivory builds is developed with the past, present, and future of Utah in mind.

As Utah’s number one homebuilder, Ivory Homes is able to develop some of the most beautifully located communities in all of Utah. Ivory’s Lehi community, Holbrook Farms, is no exception. Situated minutes away from the amazing canyons of the Wasatch Mountains to the east as well as the Lake Mountains and Utah Lake to the west, Holbrook Farms allows residents the ability to be immersed in Utah’s outdoor recreation. However, this community offers more than just pretty mountain views. It’s surrounded by great amenities such as Thanksgiving Point, the Outlets at Traverse Mountain, golf courses, hiking trails, and a soon to be Primary Children’s Hospital just down the street, as well as a great school system that allows their community to thrive. With a range of offered products that will fit any budget, Holbrook Farms provides residents the opportunity to live a quality lifestyle.

While the present location of Holbrook Farms certainly is desirable for anyone who would want to live in the vicinity of both the mountains and the Silicon Slopes, the history of Holbrook Farms is just as intriguing and special.

Before Ivory Homes bought the land from Steve and Scott Holbrook in April of 2015, Holbrook Farms was what you would call a “century farm” that had been in the Holbrook family for 100 years since their grandfather bought it during the Great Depression. It was used to cultivate alfalfa that would be sold to the Hogle Zoo and Thanksgiving Point and was the home of one of the most photographed monuments in the state of Utah: the Holbrook Windmill, a windmill built in the late-19th century that was famous for its beautifully iced-over blades in the wintertime.

Another fun historical fact about the farm is that it used to have a railroad on it that would take soldiers to Camp Williams, a US Army National Guard Training camp established in 1928. This training center currently consists of 24,000 acres of combat-training area. The railroad used to run diagonally down the side of the farm parallel to the Jordan River, as addressed by the arrows in the picture below.

The last bit of intriguing history behind Holbrook Farms has to do with the early pioneer settlers who came to Utah in 1847. After he left Winter Quarters, Nebraska, Mormon Pioneer Porter Rockwell led a group of Latter-Day Saints on their journey west towards Salt Lake City. Rumor has it that this was the property where Porter Rockwell helped a group of saints cross over the Jordan River and into Utah Valley. While stories may vary and the exact location is unknown, Rockwell did end up building his home in what is now Bluffdale, Utah, just miles from the property. Porter Rockwell Boulevard was built to commemorate his bravery and important role in the settlement of the area.

There is no doubt that this community has a lot of important history that needs to be remembered and preserved. While the original Holbrook Windmill was destroyed from weather damage, Ivory developers found an exact replica of the windmill built in the late-19th century in Nebraska and brought it over to be part of the community. The windmill now sits in one of the community’s traffic circles and was placed on the Historical Registry of Utah as a historical monument which protects it from being removed or destroyed. Another part of the farm’s history that Ivory Homes has made an effort to preserve is the original farm’s cattle brand which is now the community’s logo. The logo can also be found in the design layout of one of the other two traffic circles constructed within the community and the blades of a windmill built in reference to the Holbrook Windmill monument can be found in the third. Streets are named after machinery that was used on the original farm, and the very important N Summer Gail Parkway was named after Steve’s wife Gail Holbrook who passed away in 2019.

Ivory Homes’ development team works hard not only to acquire the best locations for their communities as they make it possible for more people to enjoy this great state’s beauty and economy, but they also work hard to preserve the history behind each acre of land. Utah is our home, and they want everyone to enjoy it while remembering where it’s been and the important history behind its settlement.

With the past and present of Holbrook Farms in mind, it’s time to explore Ivory’s plans for the community’s future.

Holbrook Farms is and will be one of Ivory Homes’ biggest master-planned communities. Though the land was acquired in 2015, the first plat was released in 2017. The community is expected to finish by 2024 with a total of 3,000 lots in just eight years. As of today, they are more than halfway completed with a total of 1,800 lots having already been built. The community will release 8 more phases of lots, a series of rentable townhomes known as Ivory Innovation Park, and two parks with the first one expected to be done in 2023. Holbrook Farms is a community that everyone will be able to enjoy. From townhomes to single family homes of all sizes, it has something to offer for every budget and every lifestyle.

Visit Ivory Homes’ Holbrook Farms today to tour one of our four model homes and envision yourself being a part of this enriching community.

Please fill out the form below and we will review your information, a member of our team will contact you

Get Social With Ivory